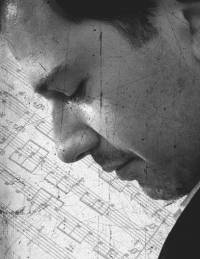 Oscar Xiberta is a composer specialised in visual media settled in London (UK).

His compositions in the shortfilm world have been performed by symphonic orchestras and choirs, as well as using virtual instruments and samples, and have brought to him several music awards.

Oscar strongly believes in a personalised music approaching for each one of his projects. Different character, instrumentation, style, bring different solutions for different productions.